Good afternoon everyone!!! I'm so excited to share this cover reveal with you today for the upcoming historical novel, The Blue, by Nancy Bilyeau.  Her novels in the Joanna Stafford series were a delight, and I’m sure this one will be the same.

To drag out this cover reveal just a little bit more, I first want to share the blurb to whet your appetite!

What would you do to possess the most coveted color in the world? The year is 1758, and a headstrong woman artist, 24-year-old Genevieve Planche, is caught up in a high-stakes race to discover the ultimate color, one that threatens to become as deadly as it is lucrative. When Genevieve’s mission is complicated by her falling in love with the chemist behind the formula, she discovers the world of blue is filled with ruthless men and women and how high the stakes really are. The story sweeps readers from the worlds of the silk-weaving refugees of London’s Spitalfields and the luxury-obsessed drawing rooms of Grosvenor Square to the porcelain factory of Derby and, finally, magnificent Sevres Porcelain in the shadow of Versailles. And running through it all: the dangerous allure of the color blue.

This sounds like such a cool concept for a book and reminds me in some ways of The Ruins of Lace by Iris Anthony in how a trend for a specific artistic element can drive the world crazy!  But I know you are here for the cover reveal, so here it is!!! 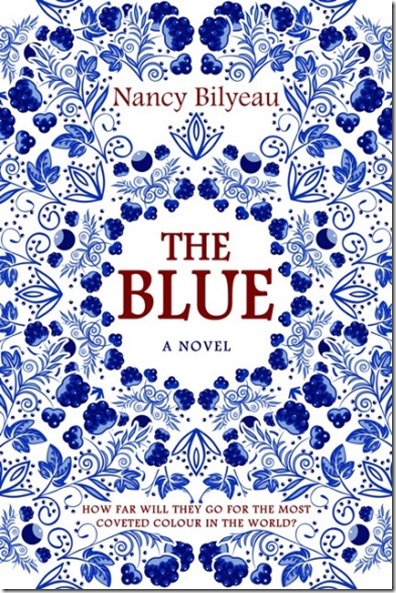 It’s it GORGEOUS!!!!! I would pick this one up to read more about it because it sure is eye catching (and never mind totally appropriate). 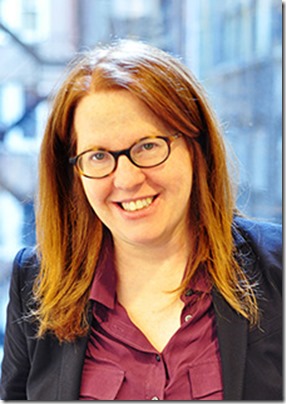 Nancy Bilyeau has worked on the staffs of InStyle, DuJour, Rolling Stone, Entertainment Weekly, and Good Housekeeping. She is currently a regular contributor to Town & Country and the editor of the digital magazine The Big Thrill. Her screenplays have placed in several prominent industry competitions. Two scripts reached the semi-finalist round of the Nicholl Fellowships of the Academy of Motion Pictures Arts and Sciences.

A native of the Midwest, she earned a bachelor’s degree from the University of Michigan. THE CROWN, her first novel and an Oprah pick, was published in 2012; the sequel, THE CHALICE, followed in 2013. The third in the trilogy, THE TAPESTRY, was published by Touchstone in 2015. The books have also been published by Orion in the UK and seven other countries.

Nancy lives in New York City with her husband and two children.