Two Sides To Every Story: William of Orange vs James II 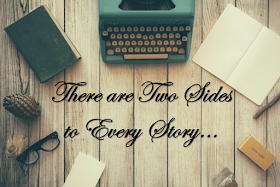 I have a special little treat to share with you all today.  Author Piers Alexander has graciously written the guest post today as part of the Two Sides series I host here at The Maiden's Court!  I look forward to reading his take on the Two Sides of the story of William of Orange vs. James II.

William of Orange vs. James II

In 1688, William of Orange, ruler of Holland, overthrew King James II and became joint monarch of England with Queen Mary. This became known as the Glorious Revolution or “bloodless revolution” (ignoring the thousands of Irish and Scots who suffered in its aftermath), and is largely presented as an orderly return to Protestant rule after three years under a Catholic king.

In reality, it was a propaganda-led military coup in which the legal succession was overturned, England developed a centralized military structure, and Parliament regained some of its lost powers.
What’s less well known is the personal drama behind the Glorious Revolution. How did a daughter come to sanction her father’s removal as King, and why did a well-loved nephew and son-in-law conspire with his uncle’s enemies and invade? It’s a story that splits historians, many of whom seem subconsciously to empathize with either William or James (William is portrayed as both rational leader and devious plotter, and his uncle as both a blunderer and a decent man).

William of Orange: “Give me this little world and I will show you…”

Like many great leaders, William was born into adversity. His great-grandfather, William the Silent, had been assassinated by a Catholic fanatic in 1584. William’s father died a couple of days before he was born, and he lost his mother at the age of ten. An orphan with a weak system – asthma, headaches, fainting fits – his right to rule Holland was taken away at Cromwell’s behest when the House of Orange was “secluded” from the throne.
But William, with royal blood from across Europe flowing in his veins (German, French, Scots, Danish, English), clearly always had a sense of his own destiny. Royal historian Bryan Bevan tells an “amusing story” about this:


One of [William’s] teachers described the British Isles as “a little world in themselves”. William said, “I wish I had a little world like this.” “What would you do with it, Highness?” asked the teacher. “Just give it to me,” rejoined William, “and I will show you.”


William spent most of his life fighting Louis XIV of France - an enmity that shaped him, and ultimately led to his invasion of England. A joint French-English attack in 1671-72 ended up with William as stadtholder (ruler) of Holland; but his uncle Charles II’s treachery in signing the secret Treaty of Dover with France alienated the young Dutch ruler.

Charles supported William’s accession to the throne, and forced his younger brother James to give his daughter Mary to the Dutchman. Mary, tall and accomplished - and passionately in love with the noblewoman Frances Apsley - took some time to accept the short, austere William. As a staunch Protestant, however, she felt an affinity with his faith, and shared his outrage at Louis’ brutality to Huguenots after the Revocation of the Edict of Nantes in 1685.

Religion was a big factor in uniting William and Mary against her father. Charles II had once tried to strong-arm William into converting to Catholicism; and James tried the same thing with Mary in the 1680s. At the time, Mary was next in line for the throne, and both she and William were concerned to protect England’s official Protestantism, and she refused. But it’s questionable that they would ever have invaded without the birth of a certain baby…

James II: “A father that has always loved you so tenderly”

James, Duke of York, had a great deal in common with his nephew. Forced to flee England when his father King Charles I was executed, he spent many years in Holland; but became a respected leader in his wars against the Dutch. In the Second Anglo-Dutch War of 1665, he personally led the naval forces, risking his life, and was later responsible for capturing New Amsterdam.

But relations with his nephew, who at the time was barred from the Dutch throne anyway, were cordial. In January 1671, shortly before another Anglo-Dutch war, James and Charles welcomed William to England, giving him twenty horses, deer and expensive rare birds for his aviary.

James first became estranged from his son-in-law and daughter when they harbored the Duke of Monmouth, Charles II’s bastard son and their cousin. Monmouth refused to accept James as a Catholic monarch, and led a failed rebellion in 1685. William had tried to dissuade Monmouth from revolt, but also did not play straight with his uncle James. Later, he offered James the English and Scots regiments based in Holland to fight against Monmouth, but the trust had been broken. William and Mary were also shocked at the brutality with which James and “Hanging” Judge Jeffreys dealt with the rebels.

In 1687, Mary was still next in line for the throne, so as a presumed successor William sent ambassadors to speak to leading political players in England, including opponents of the King. William feared another republican outbreak – or claimed to – but no doubt aroused James’ suspicions. Mary herself became angered when her father, who was sending her sister Anne a generous allowance as Princess of Denmark, did not support her in the same way.

It all came to a head when James’ second wife gave birth to a baby boy, Prince James Francis. William and Mary both denied that the boy was in truth her son, and Mary sent an insultingly long obstetric questionnaire to her new mother-in-law, demanding proof. The King had even taken the shaming step of letting the birth be witnessed; but it was not enough. William was asked to invade by “the Immortal Seven” opponents of the King, and the whole country waited breathlessly for the Dutch fleet to land.

In one of the saddest episodes, James wrote to his daughter Mary, a month before the invasion:


“Though I know you are a good wife, and ought to be so, yet for the same reason I must believe you will be still as good a daughter to a father that has always loved you so tenderly… You shall still find me kind to you, if you desire it.”


It was not enough. William and Mary had decided not to risk a Catholic dynasty, nor to accept that Mary had lost her own succession. Crucially, William needed England’s power to support Holland in his thirty year struggle with France. From his side, James had alienated the powerful men of the kingdom by forming a large standing army and issuing the Declaration of Indulgence towards Catholic and Dissenting worship.

Invasion was inevitable, and William landed in Brixham in early November, taking six weeks to progress towards the capital. In the words of Yolande van der Deijl:


“William received support from nobles, officers and townsfolk. King James painfully observed how his officers joined Orange. When his most trusted officer John Churchill and his other daughter Anne left his side, James became desperate and paralyzed. It took him weeks to decide to follow his wife and son to France. He would never return.”

Out of this painful family drama, modern England was born.

What do you think?  Who rightfully belonged on the throne?  Do you back William or James? 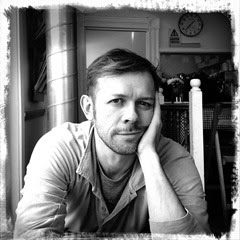 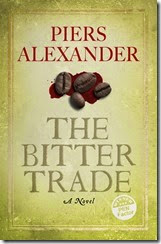 Piers Alexander is the author of The Bitter Trade, a historical novel set during the Glorious Revolution.  It has won the Pen Factor and a Global Ebook Award for modern historical fiction, and is a top 5 European historical fiction bestseller on Amazon.com.  You can read more about Piers and his book at his website, on Goodreads, Facebook, and Twitter.